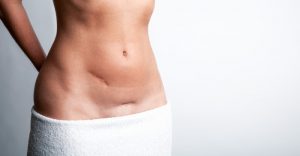 What is Scar Repair?

If you’ve ever been injured, had invasive surgery, or broken your skin in any way, you most likely have a scar. Often, a scar can be a reminder of an unpleasant experience. But in some cases, like a Cesarean section scar, it can be a reminder of a wonderful event. However, regardless of the circumstances, sometimes we just don’t want to live with a scar, and that’s OK. You don’t have to.

Scar removal is exactly what it sounds like—removing a scar, whether it was caused by injury or surgery. It’s important to know that it’s nearly impossible to completely remove a scar, and restore the skin to its pre-trauma state. However, depending on the size, type, and severity of the scar, it may be possible to diminish it to the point where it’s hardly visible. You’ll still know it’s there, but it could be that most people won’t even notice it.

You may think a scar is just a scar, regardless of how it came about, or what it looks like. This is not the case. There are actually three types of scars, and their features determine how easy—or difficult—it will be to remove them.